These are busy days for Lana Del Rey. The singer / songwriter, whose music has been critically acclaimed for its stylized cinematic quality, its preoccupation with themes of tragic romance, glamour, and melancholia, and its references to pop culture, is in the midst of an ambitious tour schedule that will take her just about everywhere from Las Vegas, Nevada to Rome, Italy. Known as the LA to the Moontour, the artist maintains a hectic schedule that requires robust equipment to keep everything working according to plan. That’s precisely why ribbon microphones from Burbank, CA-based Royer Labs are an integral part of the setup—ensuring the best possible electric guitar sounds and on-the-road durability.

Kevin Madigan is the FOH engineer for Lana Del Rey. Madigan has been the talent behind the mixing console for storied acts such as Crosby, Stills, Nash, and Young, David Gilmour, The Smashing Pumpkins, Ray LaMontagne, and Lucinda Williams to name just a few. When it comes to miking electric guitars, his preference is for the Royer Labs R-10 and R-121 ribbon microphones. He discussed his use of these mics on the Lana Del Rey tour.

“For the LA to the Moontour, I’m using one R-10 and one R-121 specifically for miking the electric guitar cabs,” he explained. “The R-121 is a long-term favorite and the R-10 is new for me. Currently, the R-10 is on its first outing for this tour. I was excited to try it out after hearing about it from Royer and it’s working out perfectly.  It has a slightly brighter tone, which has been just right for use on a Vox AC30 guitar amp.”

On this tour, Madigan is using a Royer R-121 and adjacent dynamic mic to close-mic a Marshall 4 X 12 cabinet powered by a Metropoulos head. On the Vox AC30, he’s using a single R-10 centered on one speaker’s dome.

When queried about the various characteristics of the Royer ribbon mics that make them so well suited for this application, Madigan offered the following thoughts, “I know from previous experience that the R-121’s natural sound and ability to handle high SPLs makes it a great choice for miking guitar. When I put Royers on my guitar cabinets, what I get in the FOH system sounds like I’m standing in front of the amps – the reproduction is amazing. For this tour, the guitar cabinets are positioned under the stage to keep the onstage level down. Having great guitar tones reproduced for FOH is important, but we’re also trying to capture an authentic sound for our guitarist, who is using in-ear monitors. In-ears can be hard sounding, but when I put Royers on the cabinets, the in-ears sound and feel much more organic, less pointy and hard, which musicians really appreciate. We’re also running these offstage amps quite loud, but with the R-10 and R-121, the high SPLs have proven to be no problem for either mic.”

When a new microphone such as the Royer R-10 is introduced, questions frequently arise, so responsive customer and technical support services are crucial to any tour. In this regard, Madigan rates Royer Labs best in class. “Because of my previous experience with the R-121, I really haven’t needed much in the way of customer support on this tour,” he explained. “However, it’s great being able to easily reach the guys on the end of the phone who actually design and manufacture the mics when I do have questions. Over the years, they’ve been very responsive and helpful.”

Before shifting his focus back to the logistics of the tour, Madigan offered these parting thoughts, “Royer mics and the people behind them have always been first-class. The R-10’s lower price is going to let a lot more people experience that impressive Royer ‘thing’ that works so well for me and a lot of other FOH engineers I know.”

To learn more about Kevin Madigan, check out his profile on LinkedIn at https://www.linkedin.com/in/kevin-madigan-5b380231. 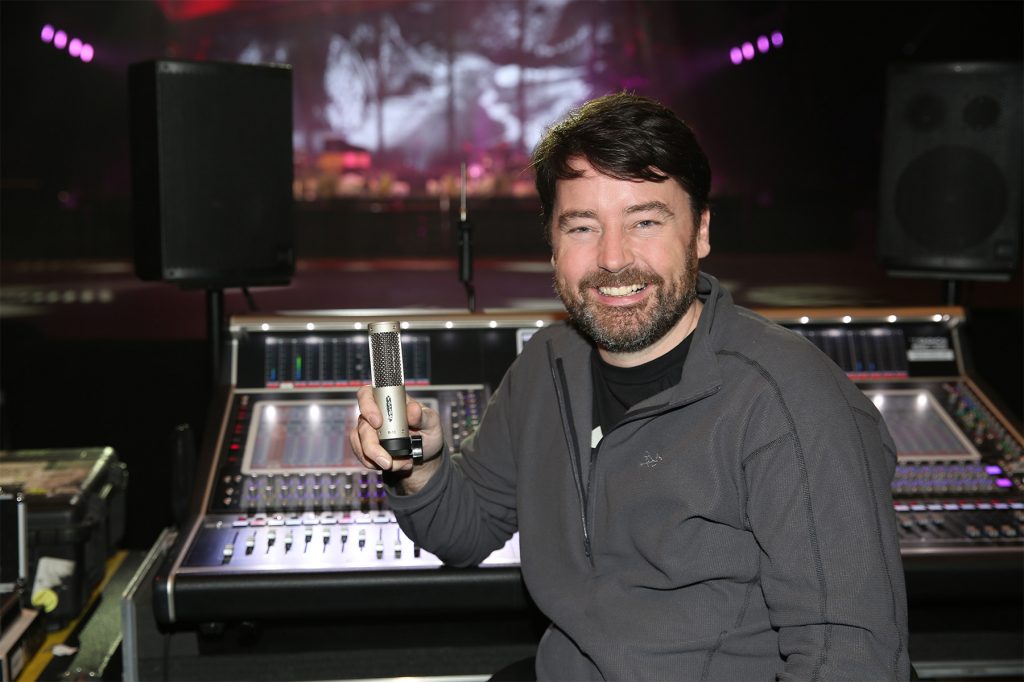