Here's another shot from the Henry Mancini Orchestra session showing an R-122 as a spot mic on the sax soloist. In this photo from the same concert, an R-122 was used to capture the solo violinist. The gold SF-24 stereo ribbon microphone to the right of the violinist was used for choir pickup in a later song. For this small orchestra, all sections were spot miked and a Royer SF-24 stereo ribbon mic was placed over the conductor's head, an excellent location for getting a realistic audio picture of the orchestra and bringing cohesiveness to the final mix. Close up on the conductor and SF-24. Scoring session at Sony with an R-122 spot mic on the timpani. Decca Trees are often used when recording orchestras. Developed in the early 1950s by a team of engineers at Decca Records, this method involves using a spaced stereo pair of mics with an added center fill, usually placed over the conductor. Scoring engineer Alan Meyerson often uses three R-122V's on the Decca tree, with a backline of condenser mics behind the conductor. This picture was taken during the scoring session for Pirates of the Caribbean, Dead Man's Chest.

Two R-122V's as overhead mics on the woodwind section. In this position, the R-122V's figure-8 pattern picks up the woodwind instruments and also rejects the brass section which is positioned behind the woodwinds. Another view of the R-122V's as overheads on the woodwind section. An additional R-122V is placed behind the bassoon. A single R-121 was used to capture the three seat trumpet section. 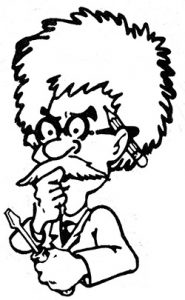