In recent years, The Voice, a Finnmax LLC production that airs on the NBC network, has won four Emmy® Awards for Outstanding Reality-Competition Program. Hosted by Carson Daly, The Voiceis a vocal competition show that is currently judged by coaches Jennifer Hudson, Miley Cyrus, Adam Levine, and Blake Shelton. As a program devoted to musical talent, sound quality is of the utmost importance in every aspect of the show’s production. For this very reason, the production team recently began miking electric guitars with the R-10 Ribbon Microphone from Burbank, CA-based Royer Labs.

Bill Dietzman, a freelance monitor/music mixer based in Los Angeles, has been the show’s monitor mixer since 2010. Dietzman also serves as monitor/FOH mixer for Jimmy Kimmel Live!and has served as the broadcast mixer for E! Entertainment Television on both the Emmy Awards and Academy Awards (Oscars®) in recent years. With a track record like this, Dietzman can have any microphone he chooses. He discussed his preference for the Royer Labs R-10.

“The Voice takes place at Universal Studios Stage #12 in Studio City, CA,” Dietzman reports.” As I’m always interested in improving the audio capabilities of the show, I was recently fortunate enough to get in touch with John Jennings at Royer Labs. I’d heard of many positive experiences about the company’s new R-10, so I asked about the mic. John set me up with two R-10s, which I instantly found as the perfect companion to the many different guitar cabinets my guitar players utilize for their sound. I use the two Royer R-10 mics for all reality, rehearsal, and tracking sessions, with one R-10 on each guitar cabinet. This setup with the Royer R-10s instantly became the new ‘norm’ for my guitar sound.”

When asked about the characteristics and features that make the Royer R-10 so well-suited for his work on The Voice, Dietzman offered the following thoughts. “The Royer R-10s give me a solidly-defined bottom end of a guitar cabinet—without getting tubby,” he reports. “I also find this mic delivers a present, non-harsh top end that sounds even and smooth. One of the guitarists’ sound has a very high cabinet SPL and, with no pad feature on the R-10, I was initially skeptical that it could handle such high levels without distortion. Surprisingly, it didn’t make a difference! Other ribbons I’ve used would never tolerate these levels.”

For anyone involved in high-end studio or live performance work, quality customer and technical support services are crucial. When queried about his experience with Royer Labs’ support services, Dietzman was very complimentary. “Royer Labs has been truly amazing to deal with! They’re very knowledgeable and any email inquiry I send gets a timely response. They really go out of their way to provide first-rate support and assistance. Both the company’s products and its support services are terrific.”

Before shifting his attention back to his production responsibilities, Dietzman offered these parting thoughts regarding his experience with Royer’s R-10 ribbon microphone, “I am extremely pleased with the performance of this mic. I like the construction of the mic. It’s rugged and very well-suited for touring/live sound use while being sensitive enough to use in the studio. This mic delivers outstanding sound for guitar cabinets! Features like pad switches and polar pick up position switches can break when they are used on a daily basis. With that said, I like the idea of saving a few bucks on features when the design of the mic doesn’t need to incorporate them! The R-10 is a suburb microphone that will be used in my microphone setup from now on!”

In addition to the critical acclaim The Voicehas garnered, the show’s Audio Department has also been nominated for four Primetime Emmy Awards. For additional information about Bill Dietzman, visit him online at https://www.facebook.com/bill.dietzman. 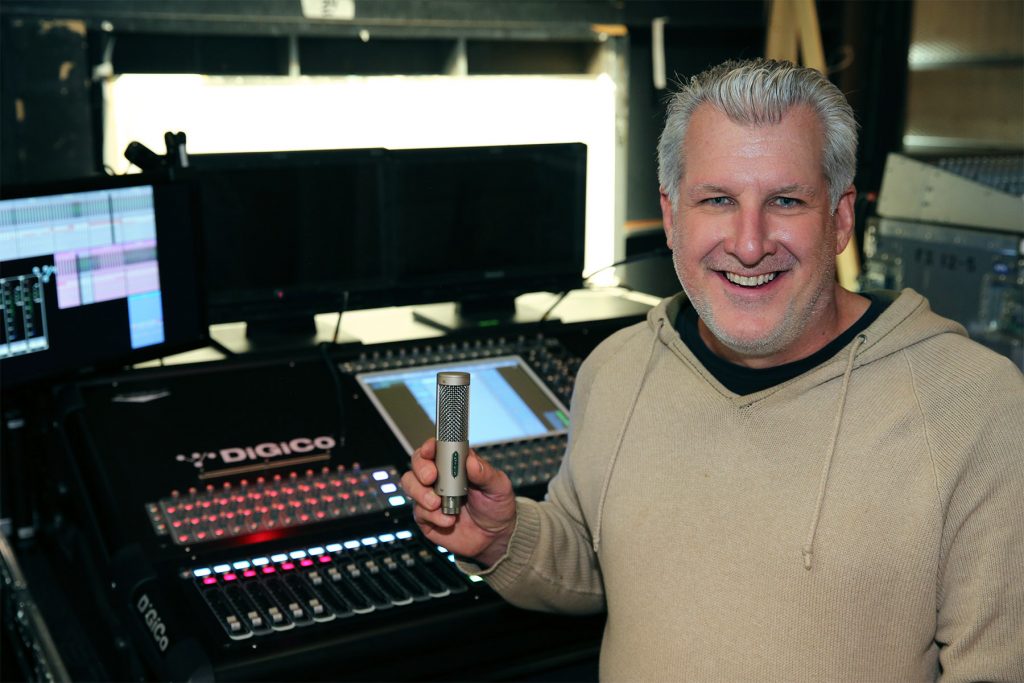